IDD Event 2020. Parliaments' Responses to the Pandemic: Are virtual Parliaments here to stay? 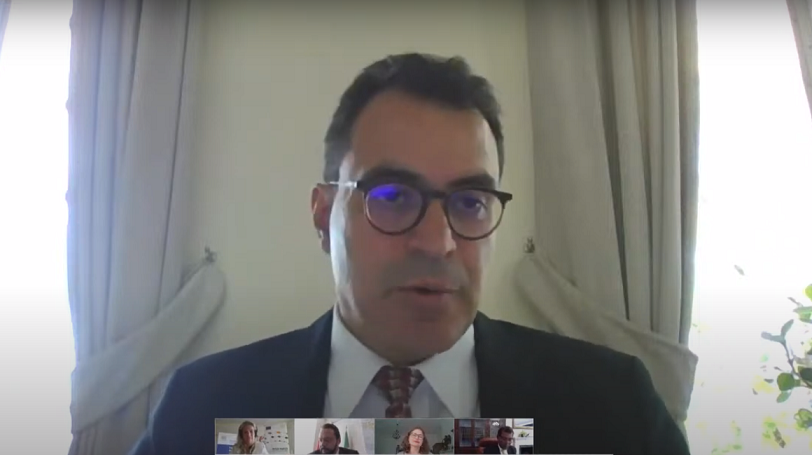 On September 17, 2020, International IDEA and the EU-funded INTER PARES programme hosted an event closing International Democracy Week, entitled, "Parliaments' Responses to the Pandemic: Are virtual Parliaments here to stay?" and was hosted by the European Parliament. As the theme throughout Democracy Week was "the impact of COVID-19 on Democracy", this last session explored how parliaments adapted to the crisis and how sustainable those changes might be in the long run.

The session started with a high-level closing session opened by International IDEA Secretary General Kevin Casas-Zamora, with the distinguished participation of Henriette Geiger - Director, Directorate for People and Peace, DG DEVCO, European Commission, Fabio Castaldo - Vice-President, European Parliament, His Excellency Mohamed Nasheed - Speaker of the People’s Majlis and former President of the Republic of The Maldives and Tomas Tobé - Chair of the Development Committee, European Parliament. Secretary-General Casas-Zamora highlighted that democracy is the only system that can respond to the unprecedented challenges the world is facing today, when governance structures and democratic processes have been placed under such immense pressure.

The speakers of the high-level session all touched upon the importance of parliaments’ work, as an institution which legitimizes the rule of law, as Director Geiger put it. HE Speaker Nasheed highlighted that in emerging democracies virtual meetings alone might prove too volatile and stressed the need for in-person interaction, debate and peer-to-peer exchanges. A balance needs to be struck between parliaments being able to function remotely and the possibility to exchange and attend meetings physically. In referencing this element, Chair Tobé argued that the parliamentarians in the European Union must take on a leadership role in defending democracy and that we all have a common responsibility to advance democracy and human rights in the challenging times we find ourselves in.

The second part of the session focused on best practice examples of how parliaments have embraced virtual methods of functioning. Dr Jonathan Murphy - Head of Programme, INTER PARES | Parliaments in Partnership, International IDEA, Dr Piedad García-Escudero Márquez - Clerk and former Secretary-General of the Spanish Cortes Generales; Professor of Constitutional Law, Universidad Complutense de Madrid, Keiba Jacob - Procedural Clerk and Head of the Financial Scrutiny Unit, Parliament of Trinidad and Tobago and Brian Caesar - Clerk of the Senate, Parliament of Trinidad and Tobago participated in the practitioner session. Dr Murphy pointed out that virtual functioning works best when it expands and strengthen public debate and discussion, rather than taking the place of in-person debate and discussion. Parliaments represent governance occurring in the public sphere and the potential for technology to assist democracy is therefore enormous.

The practitioner session also highlighted specific examples of how the parliaments of Spain and Trinidad and Tobago have dealt with the transition to virtual practices due to the COVID-19 pandemic. Dr Gracia-Escudero Marquez stated that parliaments should reinforce their technological means for emergency situations because essential elements should be preserved in the functioning of Parliaments. Mrs Jacob agreed and spoke about the importance for the Parliament of Trinidad and Tobago to continue its work in a hybrid manner, to make sure the parliament is able to carry out its oversight function effectively.

A general conclusion that the speakers in both sessions touched upon was that the digitalization of the decision-making process can bring many advantages to democracy and may be considered as a viable alternative that can produce cost-saving effects without affecting the efficiency of the functioning of the Parliament, but rather can enrich it. It could even be a first step to explore new forms of participation in the democratic life of a country, as Vice-President Castaldo stated. The work of projects like INTER PARES through its peer-to-peer partnerships, and the parliamentary data tracker is extremely important. As Secretary-General Casas-Zamora concluded, this crisis has exposed pre-existing ills in democracies worldwide and the need for continuous vigilance, dedication, and support through dialogue, coordination, and cooperation.

The recording of the session is available here

The report of International Democracy Week can be found here