Bhutan Workshop on Gender Scrutiny of Legislation, Policy and Budget

41 Members of Parliament and parliamentary staff of the National Assembly and National Council of Bhutan participated in two consecutive 3-day workshops on Gender Scrutiny of Legislation, Policy and Budget, taking place between 29-31 March and 6-8 April 2021, as part of the INTER PARES Partnership with the Parliament of Bhutan. The workshop was co-organised with the Bhutan Network for Empowering Women, which acts as the Secretariat of the Bhutan Women’s Parliamentary Caucus. The Danish Institute for Parties and Democracy also contributed to the workshop.

"Gender equality is not just a human right. More than human rights, it is key to human development"

The hybrid workshop (with online and on-site participation) included high-level participation from the Parliament of Bhutan and EU Delegation to India and Bhutan: 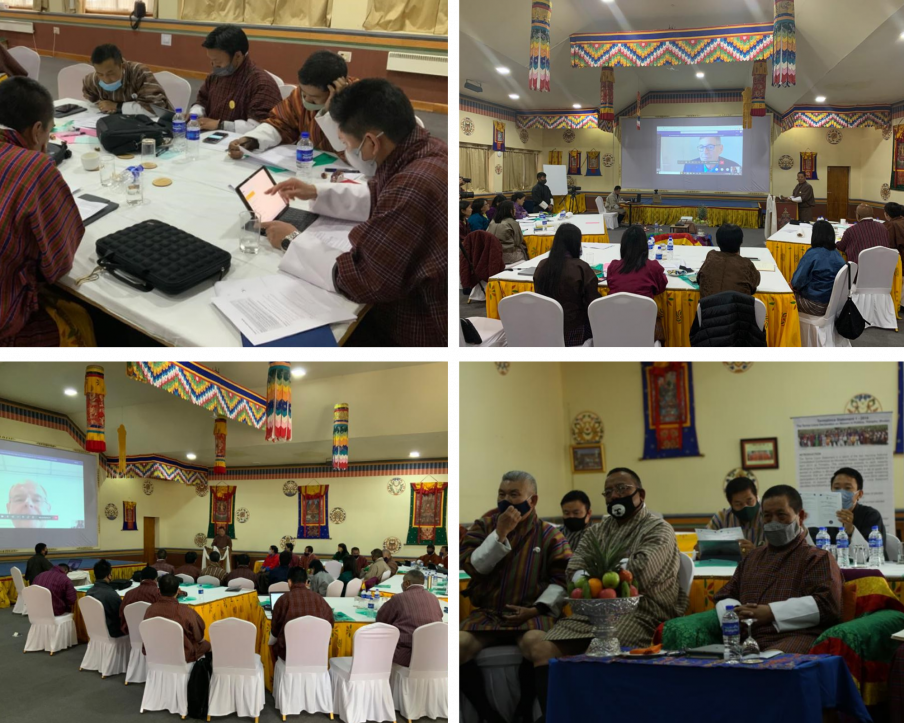 The workshop included presentations, intensive group work and exchanges with parliamentary experts from the parliaments of Ireland, Italy, Slovakia and Wales, and from the Women’s Council Denmark and from the Danish Institute for Parties and Democracy (DIPD).

During the sessions, participants talked about the importance of assessing laws, policies and the national budget from a gender perspective, and holding the government to account on gender equality progress.The gender sensitive scrutiny sessions were led by Hannah Johnson, INTER PARES Senior Gender Adviser and Knowledge Exchange and Engagement Manager at the Welsh Parliament. The MPs familiarised themselves with a five step model for gender scrutiny which can be applied in their work and which involves:

On the last day, the parliamentarians drafted a Gender Scrutiny Action Plan, which will allow the Parliament of Bhutan to play an active role in translating aspirations into action and bring about change for gender equality and scrutiny of legislation and budget. The plan also includes an extensive list of legislative acts that the Parliament of Bhutan aims to review from a gender perspective in the coming year.

"This workshop will help in our discussions at the Parliament when making crucial decisions that impact women and men differently."

- HE Lyonpo Wangchuk Namgyel, Hon. Speaker of the National Assembly of Bhutan