Responding to COVID-19: The Parliament of Trinidad and Tobago ramps up oversight during coronavirus pandemic 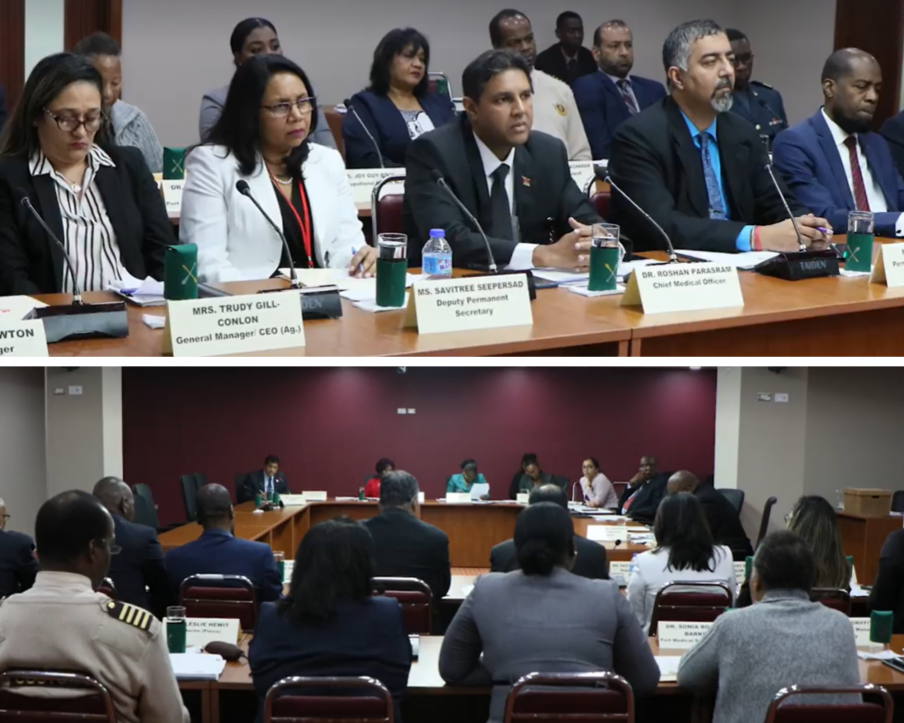 If, when, now – the three stages of ‘grief’ in parliamentary pandemic planning

Parliamentary oversight is central to democratic governance, and critical in a crisis. When governments around the world are granted emergency powers, parliamentary oversight ensures that public safety and human security are assured, at the same time as human rights are safeguarded. Trinidad and Tobago’s Parliament launched a public inquiry into the preparedness of public authorities to respond to a potential crisis in early February 2020, at a time when the country was gearing up for carnival and no COVID-19 cases had yet been confirmed on the islands. An interview with Keiba Jacob Mottley, Head of the Financial Scrutiny Unit, shows how the Parliament of Trinidad and Tobago has continued to effectively scrutinise the executive during the coronavirus pandemic, assuring high quality and accountable governance at a time of crisis.

Trinidad and Tobago is well-known for its carnival: approximately 50,000 people come together from all over the world for music, dancing and colourful regalia, on the Monday and Tuesday before Ash Wednesday[1] every year.

As the country was in the midst of the carnival celebrations, the Parliament added the coronavirus inquiry to its work programme to look carefully at the potential emerging threat of coronavirus. The first extraordinary public hearing of the Public Administration and Appropriations Committee (PAAC) took place on 5 February 2020, together with the Airport and Port Authorities, Ministry of Health, Ministry of Finance and Ministry of National Security. The inquiry looked at what planning might be needed, and what funds could be activated if the virus arrived in the country, as it was unclear at that point whether coronavirus would spread at a fast pace.

The PAAC and its 10 members became the de facto pandemic oversight committee, with the composition of the committee allowing for representative scrutiny of government’s actions: the Chair of the Committee is the Speaker of the House, while the Vice-Chair, an opposition member, is a medical doctor and the Committee’s Champion for health related inquiries.[2]

At the second extraordinary PAAC meeting, which took place on 11 March 2020, the concerns were no longer framed in terms of ‘if’, but rather when would the first case be diagnosed and how would the government respond. The meeting was attended by 7 ministries  and departments (Health, Finance, National Security, Social Development and Family Services, Customs and Excise Division, Port Airport Authorities) responding to an array of questions on pandemic planning. On March 11, the day of the hearing, there were still no positive coronavirus cases confirmed in the country; but the next day, on March 12, the first COVID-19 patient was registered.

The committee sessions were broadcast live on YouTube and the Parliament’s television channel and had larger than normal viewing figures for PAAC meetings, showing citizens’ understanding of the importance of parliament’s effective monitoring of government action during a crisis. These meetings gave an impetus to government to consider critical questions at an early stage and plan accordingly, demonstrating the value of constructive parliamentary oversight.

A few days after the PAAC meeting, parliament adopted a second wave of measures to protect MPs and staff, suspending committee sessions and establishing new provisions for teleworking. Plenary sittings of both houses continued as planned, with protection measures implemented gradually, from social distancing and limiting the number of MPs allowed in the chamber, to using protective masks and reducing speaking time.

When committee meetings were suspended in mid-March, the inquiry and scrutiny exercise continued in writing. Members of Parliament submit questions, as well as recommendations to government. Questions submitted by citizens via social media are given priority and are addressed in the government’s daily briefings. Keiba Jacob, the Head of the Financial Scrutiny Unit, maintains regular contact with the designated coordinator at the Ministry of Health, in charge of the government’s response to the coronavirus crisis.

Parliament started preparing for a move towards virtual meetings as soon as committee meetings were suspended in March.  The arrangements allowed a smooth transition to virtual functioning in May, allowing the PAAC committee to meet online via Zoom with the Ministry of Finance on 21 May. The session examined the economic situation in the country, the expenditure related to COVID-19 and the accountability mechanisms for the stimulus package deployed during the crisis.

In June, the focus of the inquiry will shift towards the Election and Boundaries Commission, meeting which was already part of the annual work programme, to scrutinise the accountability and transparency mechanisms in the Commission’s election expenses. PAAC will add to its inquiry agenda the Election Commission’s readiness and preparation for the upcoming elections, constitutionally due to take place before 23 December 2020.

[1] Ash Wednesday is an important day in the Christian liturgical calendar, as it opens Lent, marked by six weeks of prayer, penitence and fasting ahead of Easter.

[2] Champions at the Parliament of Trinidad and Tobago bring attention to particular causes and influence the work agenda of the committees they are members of throughout the year.